One of the clearest reminders of death, human skulls, especially a box full of them as is the case here, suggest the inevitably of the end of our physical existence. Skulls also play an important role in art, they have been depicted for centuries and remain a popular motif even today. Ethical issues are also at play here, as suggested by the title, skulls are widely collected – both by individuals and institutions, though the means by which they are collected and traded are often of a questionable nature. 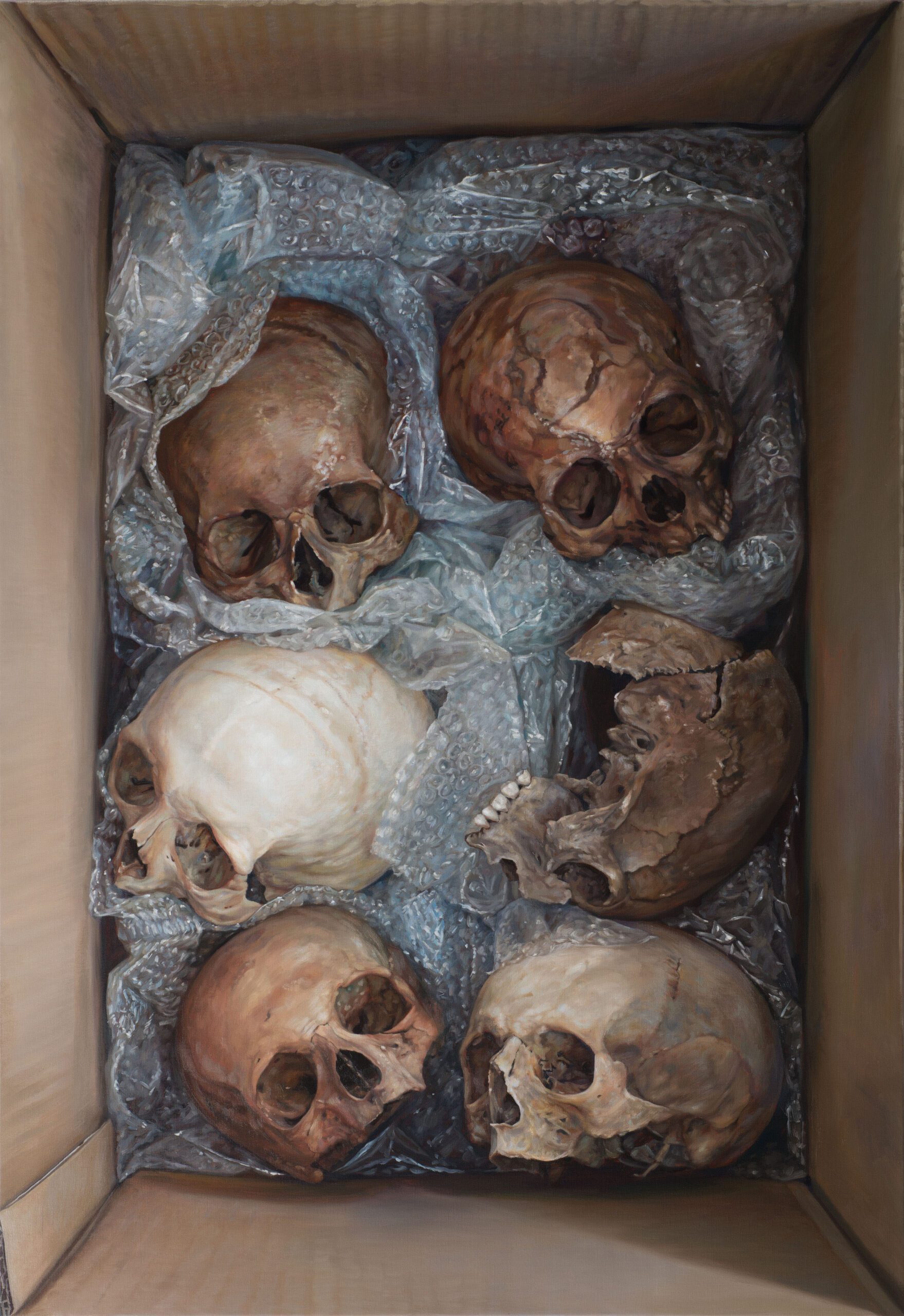